Angkor Wat was never in my must-see places; in fact little did I know about this country packed between Thailand, Laos, and Vietnam. Once I stumbled upon a documentary on how Angkor Wat was built in the 12th century: a temple built for Hindu worship and later used by Buddhists. Sounds interesting!

Did you know that Angelina Jolie’s flick ‘The Tomb Raider’ has few scenes of Bayon and Ta Phrom?

A little more scouting and violà, Indians get a 30-day visa on arrival for Cambodia. So, Angkor Wat the Temple city was imminent.

‘Wat’ is the Khemer word for temples and Angkor Wat means ‘Temple city’ in Khmer. Angkor Wat has become synonymous with Cambodian travel. A symbol of Khmer architecture the country is proud of, and Angkor has gained it an entry into the list of World Heritage sites. Also, a number of countries are involved in its conservation project.

A pass is required to enter the temple site. Passes are available for a day, three days, and seven days. We stayed in Siemp Reap for four days and took a 3 day pass which is valid for any three days within a week

We stayed in a budget hotel called Golden Mango Inn which had free pick-up services from the airport/bus station and free tuk-tuk (two-wheeled carriage attached to a moped) rides to the Old market and Pub street.

Pub street is your downtown equivalent, lined with restaurants, pubs, and late night parties. Hotels slightly away from this street usually offer a free tuk-tuk ride or bicycles to Pub street.

Angkor ruins can be toured on a bicycle at your own-pace, a taxi or a tuk-tuk, or by joining a tour group.
Our hotel services arranged a tuk-tuk for us for three days and also drafted an itinerary. The charges were nominal. I would recommend this only to avoid the burden of haggling. Our driver knew ‘ok’ English and occasionally acted as our guide.

Without further ado let me take you on a photo-journey of our 3-day Angkor exploration. 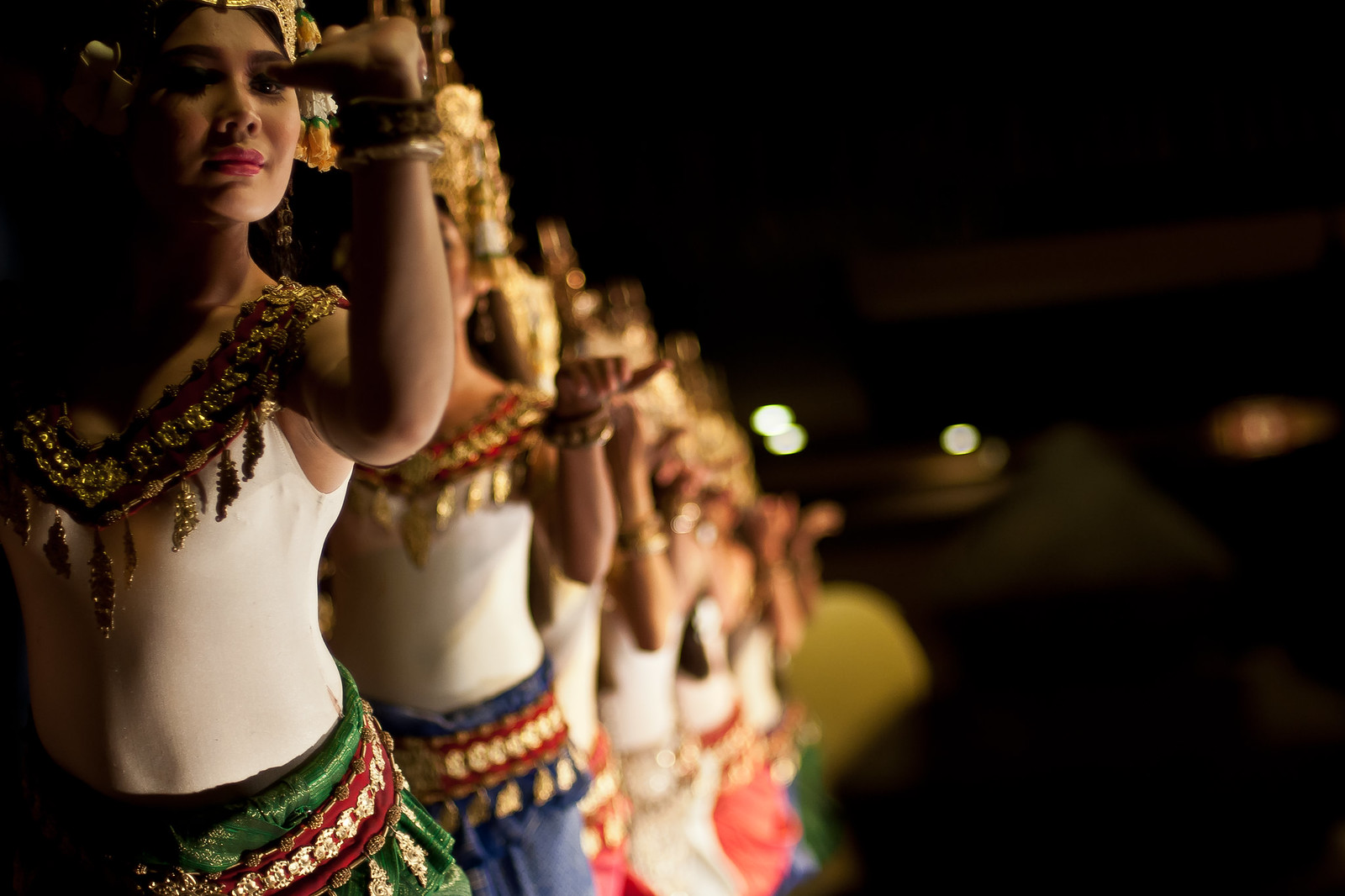